BMW looks set to continue to have electric cars for the Mini brand made in the UK in the future and convert a factory in Oxford for this purpose – or at least it is considering it. According to media reports, the board of directors intends to make a similar decision this year.

“FAZ” wants to learn this from corporate circles. It was said last as reportedthat Mini will stop producing electric cars in the UK in 2023 and will move to its partner Great Wall in China. “Oxford is not ready for electric cars. It should be renovated and invested in,” the Times quoted Mini’s head of the brand, Stefanie Wurst, as saying.

That’s exactly what BMW intends to do – contrary to the statements made in mid-October. Because the location in China and the factory in Leipzig, where the Mini Countryman will also be produced as an electric car, alone are not enough for the needs expected by the board, the connecting lines at the factory in Oxford will be updated, according to “FAZ”. A company spokesman declined to comment on the news.

According to “FAZ” statistics, BMW recently built 40,000 Mini Cooper SE and 140,000 Mini models with combustion engines in Oxford. This parallel production is currently still possible because the electric mini is based on a combustion engine model. With the upcoming switch to a new generation of electricity, which is developed by the Great Wall, the electricity model is changing platforms. For a long time, parallel production in the factory built in 1913 was considered inefficient and too expensive due to significant investment.

A rethink seems to have taken place here in Munich. In the absence of comments from corporate headquarters, one can only speculate on the background. “FAZ” sources from organizational circles probably said that the board of directors, as mentioned, assumes that the demand for electronic equipment will be higher than the capacity of Leipzig and China allows. 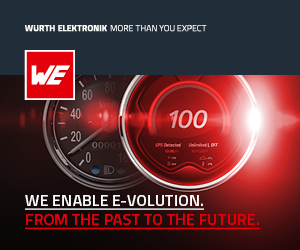 It is not clear what exactly a possible change in the British plant, which has been owned by BMW since 1994, could look like. BMW is considered a proponent of flexible production of several types of drives on the same line to be able to adjust production to changing demands during the model cycle. It is not known if this can also be implemented in the old plant.

While presenting the latest quarterly figures, BMW CFO Nicolai Peter stressed that Oxford will remain “the heart of small production”. Later, however, he limited this information to the current production of the combustion engine, which, according to information from October, should continue anyway with three doors, five doors and convertible. Whether this will soon be applied to electric structures will be decided in the coming weeks – if the board decides to invest in Oxford this year.
faz.net

ChargeHere charging solutions in EnBW: Simple. Reliability. The load. Discover insights into the customer project at EnBW AG – with 363 charging points in 8 locations. With full-service charging solutions from ChargeHere, the transition to sustainable mobility is a success. Learn more >>