• There is more compressed power from its inline 6-cylinder engine for 2023.

• Curved screen invites itself in intensive use.

The BMW X7 has been in service since the 2019 model year, so the 2023 model year is the logical time to make some changes to the flagship of the Bavarian brand.

The new face with two levels of lights is undoubtedly the most interesting detail, but the improvements made to the SUV with three rows of seats do not stop there. Obviously, we at BMW want to maintain a good market share in this functional and luxury niche.

After all, this more “accessible” version of the X7 still retails for $108,500. This is before even considering any options or costs associated with acquiring a German SUV. This xDrive40i model which, in addition, is “satisfied” with the brand’s “small” inline 6-cylinder engine.

A new look for the brand
No offense to the purists, the face of BMW is going to change a lot in the coming years. We have already been able to see it with the brand’s first electric cars or even with the M3/M4 tandem. The rhinoplasty offered on these models isn’t the same, but that doesn’t slow the BMW down. The X7, which was already a controversial model, has just received this two-story shop front.

Indeed, the traditional optical units have been replaced by two LED light strips for daytime running lights, while the headlamps have been placed slightly lower. The famous double grille is back, but its appearance has also changed somewhat. The lower part of the shield is entitled to new opportunities of silver color.

Another important architecture is behind. There, the LED position lights have been redesigned to some extent and the bumper has a new signature. However, the more observant will have noticed the 23-inch (!) size shoes, a first for the “regular” X7. Previously, the only way to get such big wheels was to turn to the XB7 Alpina version, a costlier addition than the $2,000 required to upgrade to 23 inches, you’ll agree. 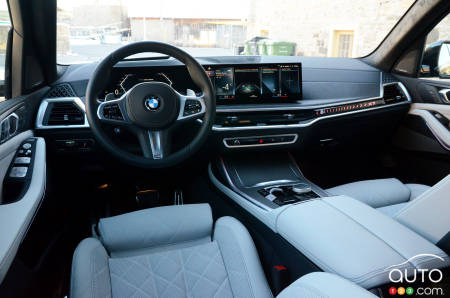 New interior condition
BMW interiors have been changing their traditional layout for a few months now in favor of a curved and “floating” screen. The Bavarian manufacturer has decided to go with a “one size fits all” solution with a panel made up of two screens.

Purists may not appreciate all that illuminated surface, but I have to admit that the touchpad is easy to use – almost always. Admittedly I had a few moments of hesitation at times, but hey, when you switch cars more than once a week you’re stuck remembering a thousand and one requests for each infotainment system.

The presence of 23-inch rims, however, affected the overall comfort of use. Yes, these improve the car’s behavior to some extent, but it is clear that these wheels do not mix well with our bumpy roads. The mission of such a behemoth is to transport its occupants as comfortably as possible, and not to discover the loopholes of the surrounding roads.

The soft seats are very comfortable, while the silence that reigns on board is good for the layout of the roads.

Otherwise, the 2023 X7 is just a replacement like last year’s. I particularly liked the automatic positioning of the two second-row captain’s chairs via controls mounted on the driver’s door. In short, despite the mid-term changes, the X7 is true to itself and will meet the expectations of this more demanding customer… at least in terms of assembly quality. 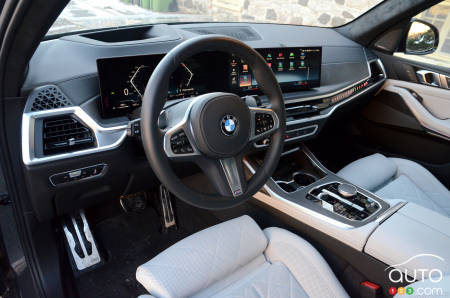 Driving a car
The xDrive40i badge indicates that the engine under the tall bonnet is a 3.0-litre turbocharged 6-cylinder. A less muscular option than the twin-turbo V8, which goes without saying. But with the price of gasoline these days, a “small engine” is a good idea for those who don’t need the acceleration that a “big” V8 provides.

Additionally, the 3.0-liter gains power this year with 375 horsepower (a gain of 40) and optimal torque of 398 lb-ft (a gain of 52 in this case). This extra power injection is great for an SUV that, let’s remember, weighs more than three tons. To move this mass, it takes a lot of energy.

The BMW X7 may be one of the best in its segment for overall agility, but that doesn’t mean it can match the prowess of the M2 coupe. And even the new X7 cabin, tightly integrated with its large “floating” screen fails to hide the thickness of the big BMW. The X7 drives like any other full-size sedan: it’s heavy, it’s big, and it’s fuel-efficient.

But, once launched, the X7 xDrive40i regains its wings, especially when Sport mode is selected. In fact, even a small 48V hybrid system helps to make starting easy here, although it is not there yet. There is still a delay when pressing the right pedal. On the highway or on the boulevard, the times are however very satisfying. 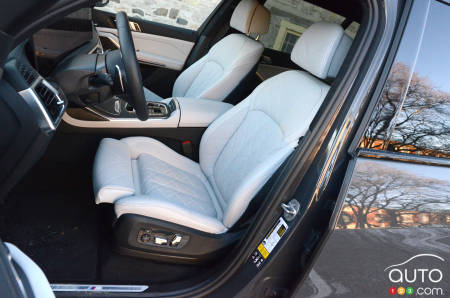 The inline 6-cylinder sound is still convincing – thanks to the M Sport package which includes a performance exhaust system. At the same time, the cabin of the X7 is very comfortable, thanks mainly to the use of laminated windows. Roadholding is still one of the X7’s strengths, although the presence of all-season tires reduced our effort in tight turns a bit. You still have to respect the laws of physics and the trap wasn’t right when the sun went dark.

Steering wasn’t too much of a problem, although the low-quality tires struggled to navigate the highway. And when the lane departure warning system invites itself to the party, it’s even more tedious (you have to constantly make corrections with the steering wheel). These few things aside, overall, the BMW X7 is a charm to drive. 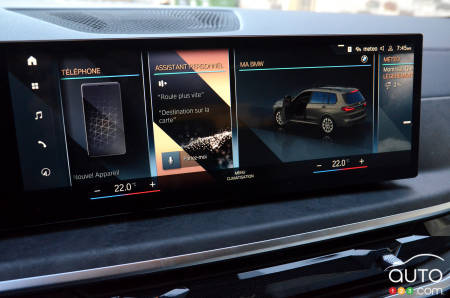 The last word
The 2023 BMW X7 xDrive40i may not be as stylish as the V8 versions, but that doesn’t stop it from being highly desirable… and by customers who need such a car, of course.

The “small” 6-in-line works well with this full-size SUV chassis and the build quality is spot on. Only these large 23 inch tires are allergic to the more worn roads that are frequently found in some parts of Canada, especially in Quebec where this test was conducted. For some, the BMW X7 should be on your short list of luxury supercars to consider. 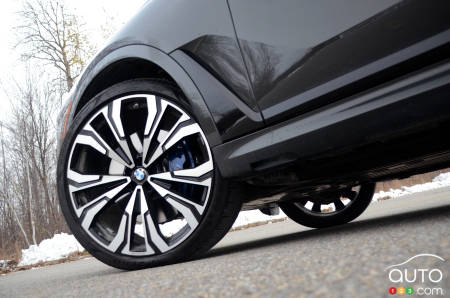 The quality of the collection
Amazing agility
New dashboard

The cost of options
23 inch rims (!)
Some complex features

What is the power and torque of this inline 6 cylinder engine?
We’re talking about 375 horsepower and 398 lb-ft of torque.

What model will the X7 replace at the top of the luxury SUV lineup?
BMW XM designed exclusively for the M category.

Is the 2023 X7 already available in the Canadian market?
Yes, you can find them (basically!) at retailers now. 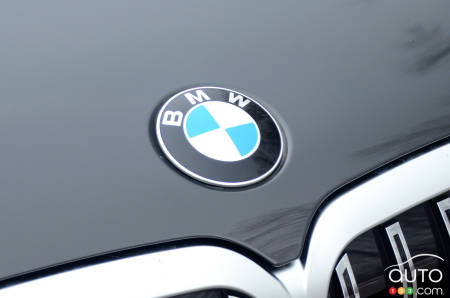 MotoGP, when helmets and not numbers were the ‘signature’ of riders