It is lap 55 when the Alfa Romeo of Valteri Bottas breaks down and stops. Suddenly a Safety Car comes on the way. And as soon as the yellow clip with ‘Safety Car’ appears in the top left of the screen, the phrase from Carglass appears in the middle of the screen – in the same yellow color as the safety car message. An expression that has never been seen in 54 rounds before. Carglass responds to the safety car and presents a QR code that viewers can scan. Not much is happening on the track now, so there’s plenty of time to scan the QR code.

An interesting bet, but risky as there are also races where the safety car is not seen all weekend. But it can also happen that cars slide off the road because it will rain and the middle parts or rain (wet tires) are not yet under the car. Which means that one safety car after another has a hit track. Anyway: a daring but surprising move by Carglass.

Everything in orange at Holland Casino

The Zandvoort branch of Holland Casino is located three kilometers from the roundabout. Last year they had a Formula 1 car on the logo on the roof, Formula 1 cars on the gaming tables and a special OOH ad. The OOH ad, which saw a roulette wheel with the number 33 in orange and the text ‘everything in orange’, clearly showed the involvement of the Dutch driver. Just like last year, this roulette could be seen in a large version on the approach road to Zandvoort, but now box number 1 was completely painted orange. Visitors to the circuit were entertained at the entrance to the games where one could win a game of cards or a key ring.

You don’t need a direct link to the racetrack or the Zandvoort circuit to take part in the event. Webshop EasyToys, known for its toys, responded to the event with one of the most popular corners of the circuit: the Tarzan corner. The text ‘The only way you have to take it well’, added with a beautiful bow next to the love toy, can be seen on social networks, on a large poster in the Zandvoorste flat and in Voetbal Inside broadcasts. The campaign went like wildfire and after Max won, EasyToys closed this campaign by congratulating Max with the text ‘Especially Tarzan is well received’. 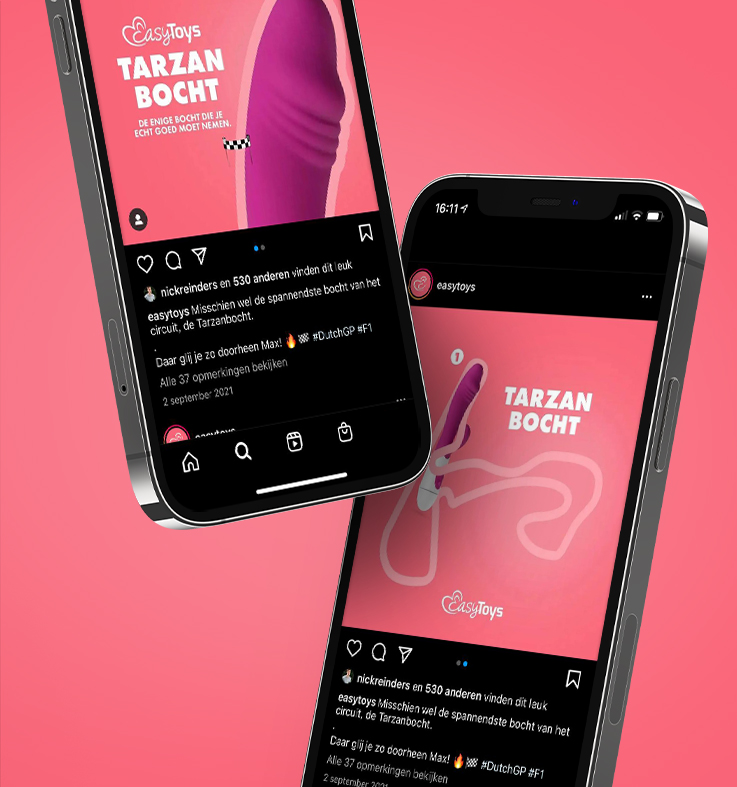 Cycling to Zandvoort and Antelope

In preparation for the Grand Prix, guests of the event are invited to come to Zandvoort by bike. NS will adjust the timetable and provide a faster connection between Amsterdam and Zandvoort, but people are encouraged to come by bike as much as possible. Several bike service providers make bikes available from various central locations in Haarlem.

In collaboration with Pon, Gazelle are developing a limited edition bike especially for the Dutch Grand Prix: orange with a black and white finish flag on the mudguard. Added ‘Ride like the Dutch’ quote on the chain guard. The bike was widely used and easily recognized from a distance. 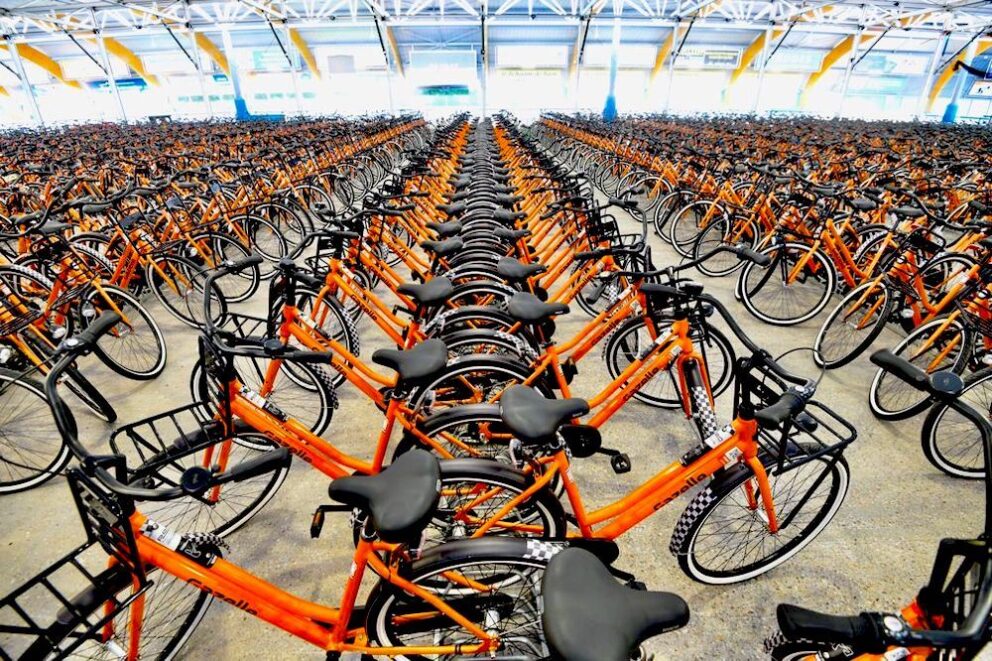 The faster/ cheapest car in Max/Dirk

All in all, there is a lot of activity around the GP near Zandvoort station. A great place for brands to be seen. With a branch in Zandvoort itself, the supermarket chain Dirk decided to answer this.

The bus shelter, which is not in use at the time, is wrapped in the familiar red color with the words ‘We don’t have the fastest car, but we have the cheapest’. The supermarket chain adds to this by explaining that they do not engage in expensive financing, so that products always remain low. ‘That way we are always going to win’. 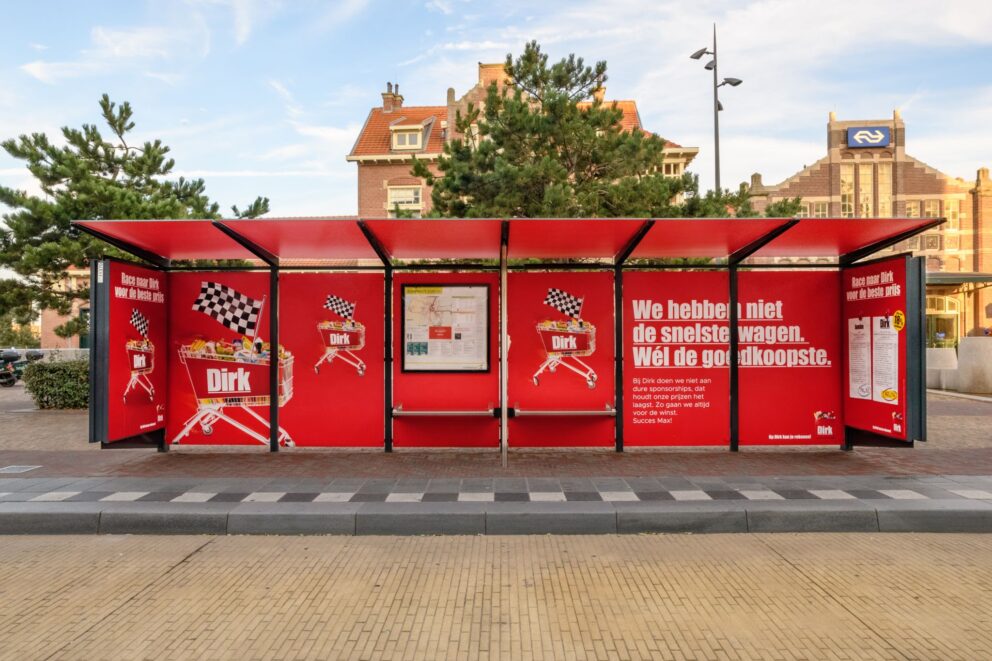 Various brands show that there are many possibilities to respond to a big event like the Dutch Grand Prix. Social campaigns, OOH or on TV: you can go either way.

1. Free practice NOW on the indicator

Information before the race in the ticker

Smart Bikes are the future of transportation?

Retro: After 43 years back among the dunes, the former company Volkswagen Motorsport March…

Dutchman De Vries sixteenth in the Grand Prix: these are all frontrunners | NOW

He ordered a Ford GT and branded his favorite shoes. “No One Has One” (video)

Tesla Model 3 runs down the highway: ‘I fear for my life’

New windows will be made of faulty car glass