While the Subaru 360 is considered to be Subaru’s first mass-produced car, the Subaru 1500 was developed a few years before it went into production. However, only 20 test cars were built.

In the first half of the 1950s, Subaru manufactured scooters and was looking for an idea to expand its business. Building a car seemed like a good option, but it required testing the design and manufacturing capabilities. So, in 1954, Shinroku Momose developed a car known as the Subaru P-1.

It was a four-door sedan with an independent body, independent front wishbones and rear leaf springs. The engine was placed in the front, but the drive was transferred to the rear axle. Under the hood is a 1.5-liter four-cylinder engine available in two versions – FG4A or L4-1. The car was 4.2 meters long and weighed 1,230 kilograms.

20 prototypes were built, 11 of them received the FG4A engine and the rest L4-1. Fourteen cars were privately owned for testing, and the remaining six were given to taxi companies in the cities of Iseaki, Ota and Hanjo.

The car’s specifications were good, and Subaru representatives were eager to start mass production of the car, but at the same time, competing Toyota and Prince models with similar performance and equipment appeared on the market. Therefore, in the absence of facilities to start production on a very large scale, Subaru did not introduce the 1500 model (as it was eventually called the P-1) into series production. Thus, the name of the first mass-produced Subaru just fell 360 example starting in 1958. 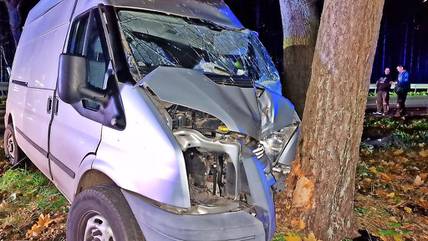 The car driver was injured in the accident

DS7. Not new yet, but newer. DS7 after facelift